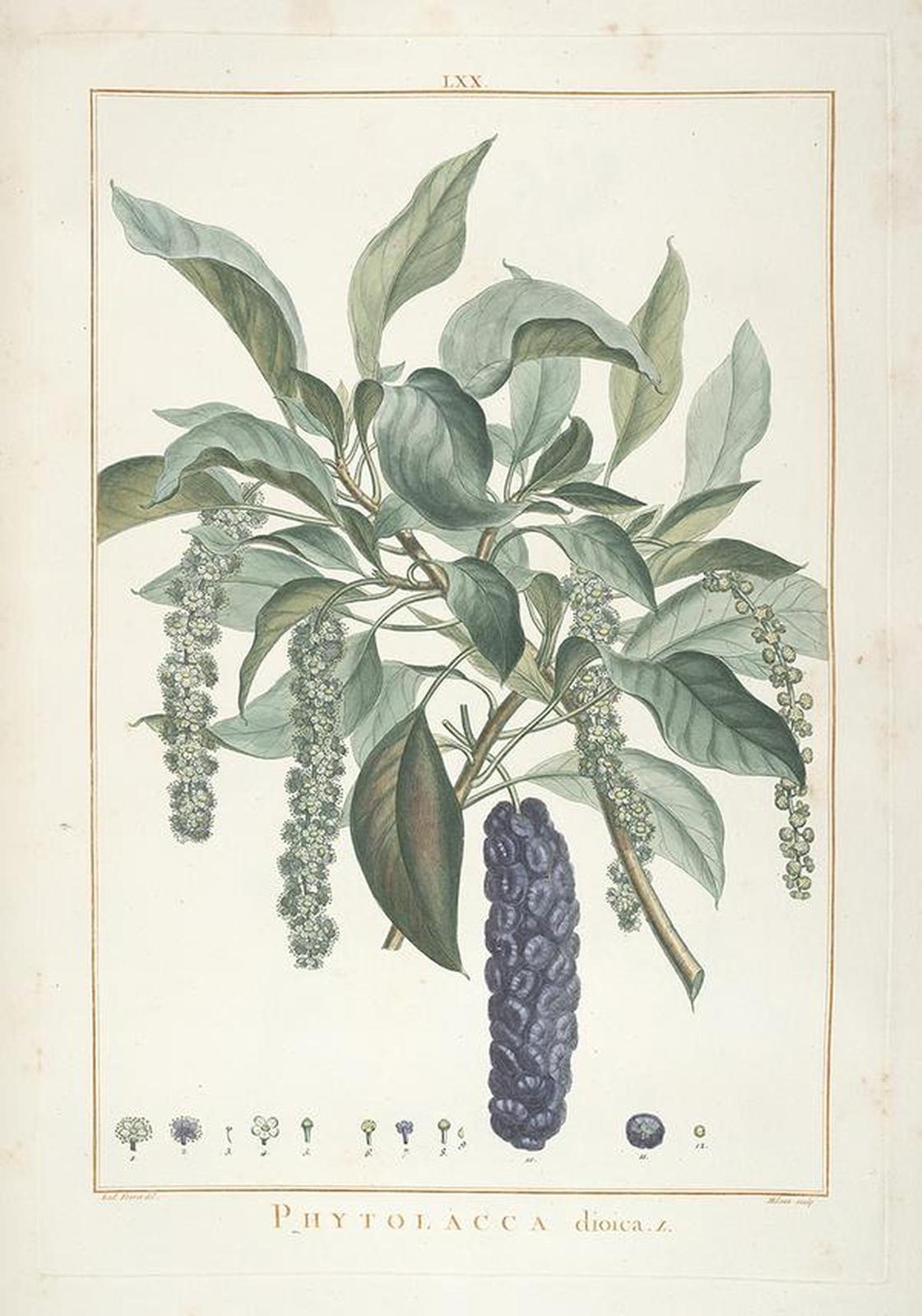 The botanical name of ombu refers to carmine color juice fruit, widely used as a dye: python, plant and lacca dye. The specific epithet dioica indicates that the sexes are separated, having male and female individuals.

The ombu is one of the first trees originating from South America who came to the Iberian Peninsula in the fifteenth century, although its systematic cultivation in Spain dates back to the eighteenth century. In Seville we highlight two remarkable specimens that relate to the early city relationship with the New World: the one in the Cartuja, with over 17 meters in diameter, which according to tradition was planted by the son of Christopher Columbus, Ferdinand, and the specimen that existed in the old station of Cadiz, which grew to be 19 meters in circumference and was transplanted to Amate Park divided into several parts. It is known that Ferdinand Columbus (1488-1539) possessed one of the most important gardens of acclimatization of the Sevilla in the sixteenth century, when the city was the port and the gate of America. There, in the garden of his house, located near the Gate of Goals, not far from the old Cordoba Station, Colón cultivated several hundred American species, highlighting the ombu among them, which was cut in the late nineteenth century when the city rounds were rectified.

A high and semicircular plaza in the English Garden hidden hides inside a giant water well, which was once a ferris wheel. Near it grows a beautiful shade tree or ombú, about 60 years old, which is the largest in the Real Alcázar and perhaps stem of the first specimen that Colon brought. Its spectacular growth was possibly because their roots are submerged in the waters of the well.