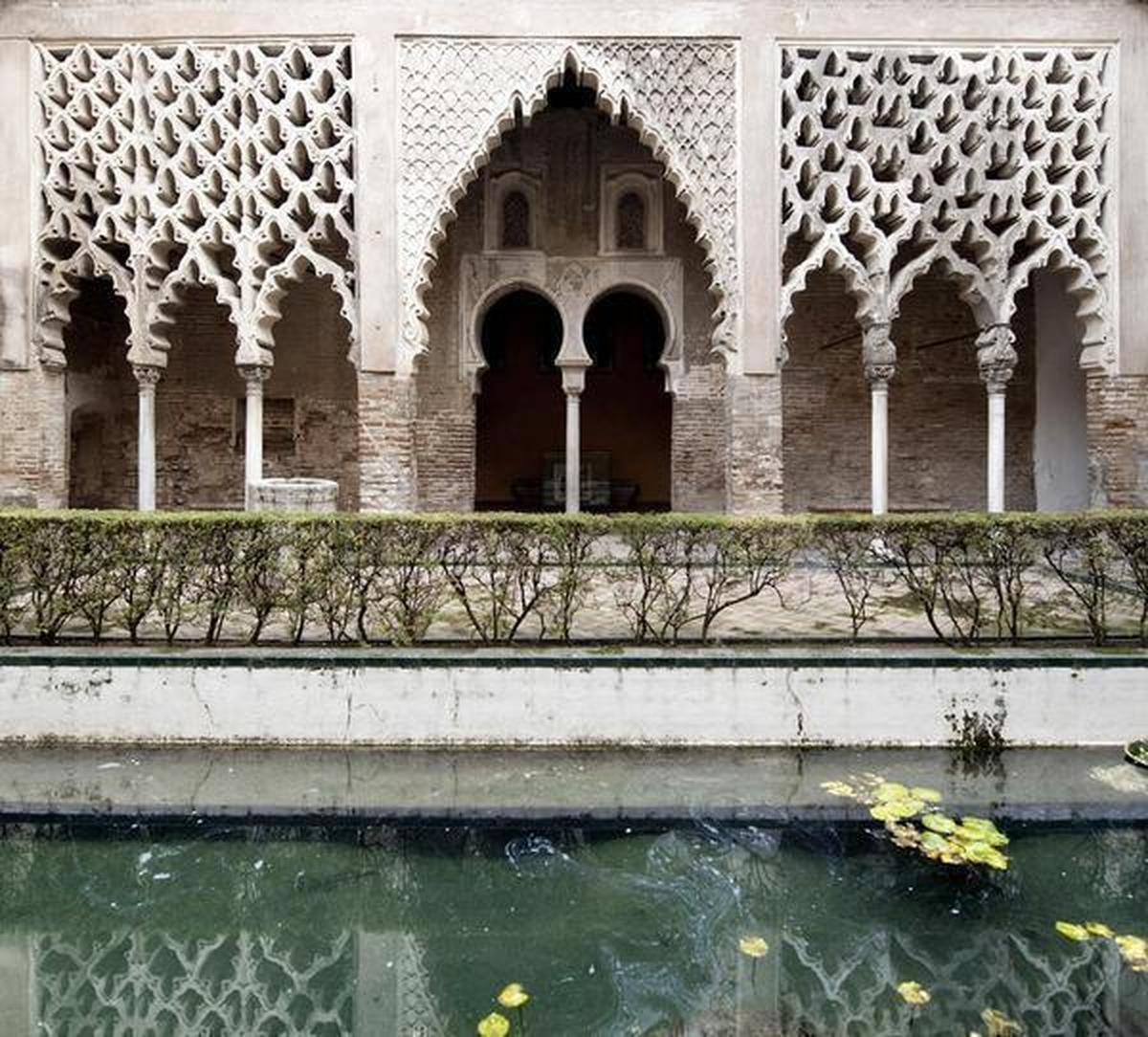 It is the oldest garden space preserved in the Alcázar. It is from Almohad origin (12th-14th centuries) and was possibly built by Ali al-Gumari, the same architect who designed a great part of the Giralda, a former minaret of the mosque of the city. At that time there were two porticos that opened this courtyard, of which today only the southern one is left, being an exceptional testimony of Almohad art. The structure of the portico is based on pillars, so as the arches work almost like a curtain: no weight bearing, they are purely decorative. The decoration of these arcades is done with the sebka work, typically from Almohad period and employed by Ali al-Gumarí to also decorate the exterior walls of the Giralda. The sebka seems to be inspired by the observation of nature, for example in the rhomboid display formed by the salt concentrations, once certain salt lakes from territories known by the Arabs as the Maghreb and the Middle East, dry out. Geometric shapes that are generated and inspire Islamic artists in the creation of this artistic motif and vitalize the memory of water in dry places and in the same architecture. The center of the courtyard is occupied by a pool bordered by arrayan (a type of myrtle) that collects the water from the spout of the Hall of Justice. On clear nights, the reflection of the stars with their own star-shaped flowers, the water lilies, coexist poetically.