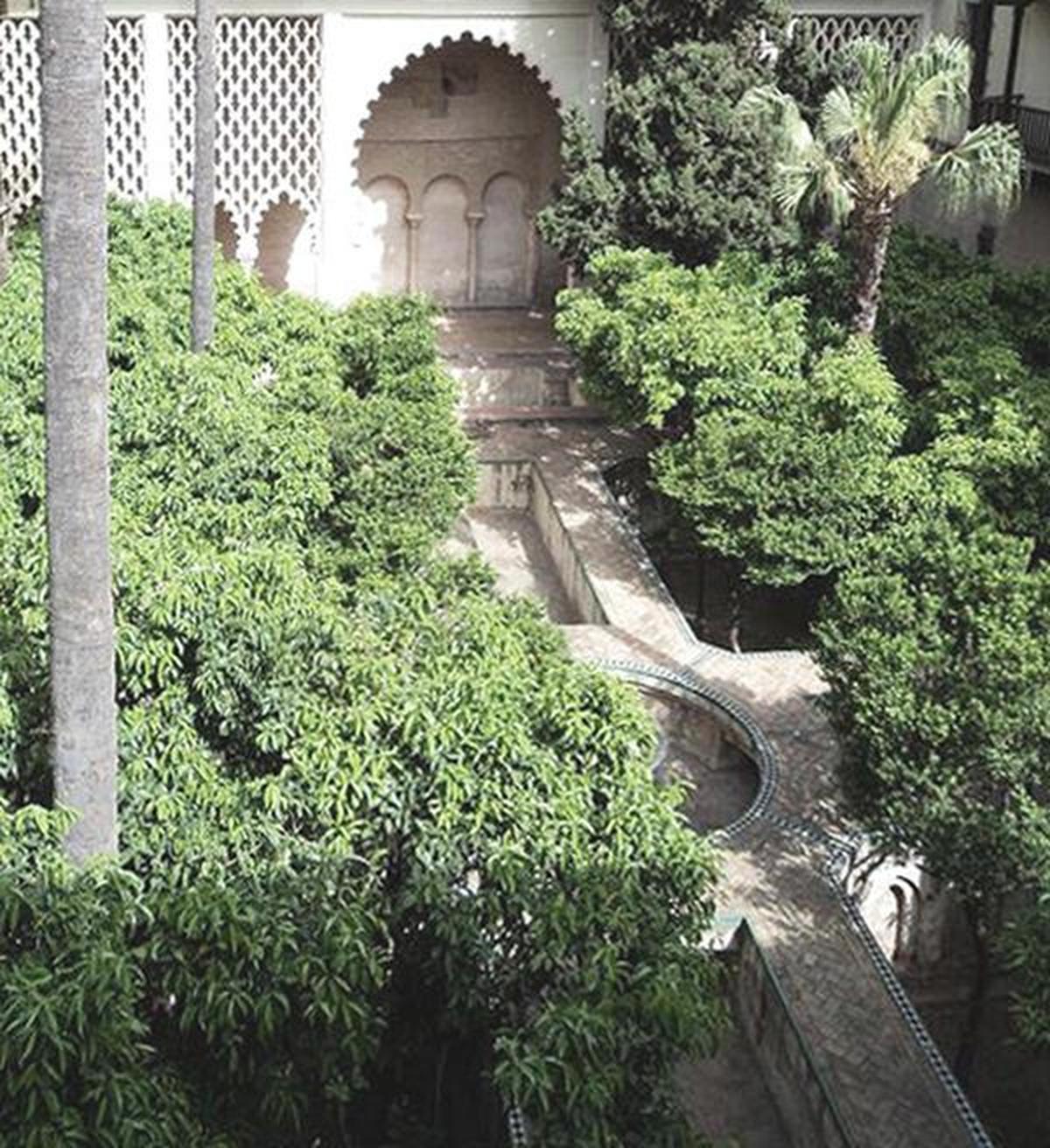 Today the so-called House of Trade Courtyard is inaccessible from the Alcázar, whose origin is found in the days when the king poet al-Mutamid built his Alcázar of Blessing. Nevertheless, the original trace of the work that is seen today seems to be from the Almohad or Mudejar era, from the time of King Pedro I. The existence of two rooms on each side, as a result of later reforms, allows us to identify this building as the Fourth of the Four Palaces in which the Catholic Monarchs located the House of Trade for the control of trade with America. In any case, this mysterious space responds to the type of cross-shaped garden in two levels so frequent in Almohad times, with examples like the one of the Montería: above, two perpendicular platforms cross in the centre. Below, four parterres contain the vegetation. Very new is the layout of the platforms, as they maintain a cross-shaped scheme, but in which the focus is water, like the solutions adopted in the Nasrid architecture. This one runs in five swimming pools that in fact are a single with four bridges, forming the two axes of the patio. With this central source composition from which four channels arise, the assimilation of this space is immediately made as a representation of the four rivers of Eden. The garden is thus a clear evocation of paradise. Studies of deposited pollen have confirmed the existence of fruit trees in these gardens during various periods of occupation and clear questions about the debate that has generated this type of gardens on whether or not they actually had trees in their lowlands. At present, bitter orange trees, Moorish orange trees and palm trees are planted symmetrically in what is perhaps one of the most unique conserved spaces of all Hispano-Muslim architecture.