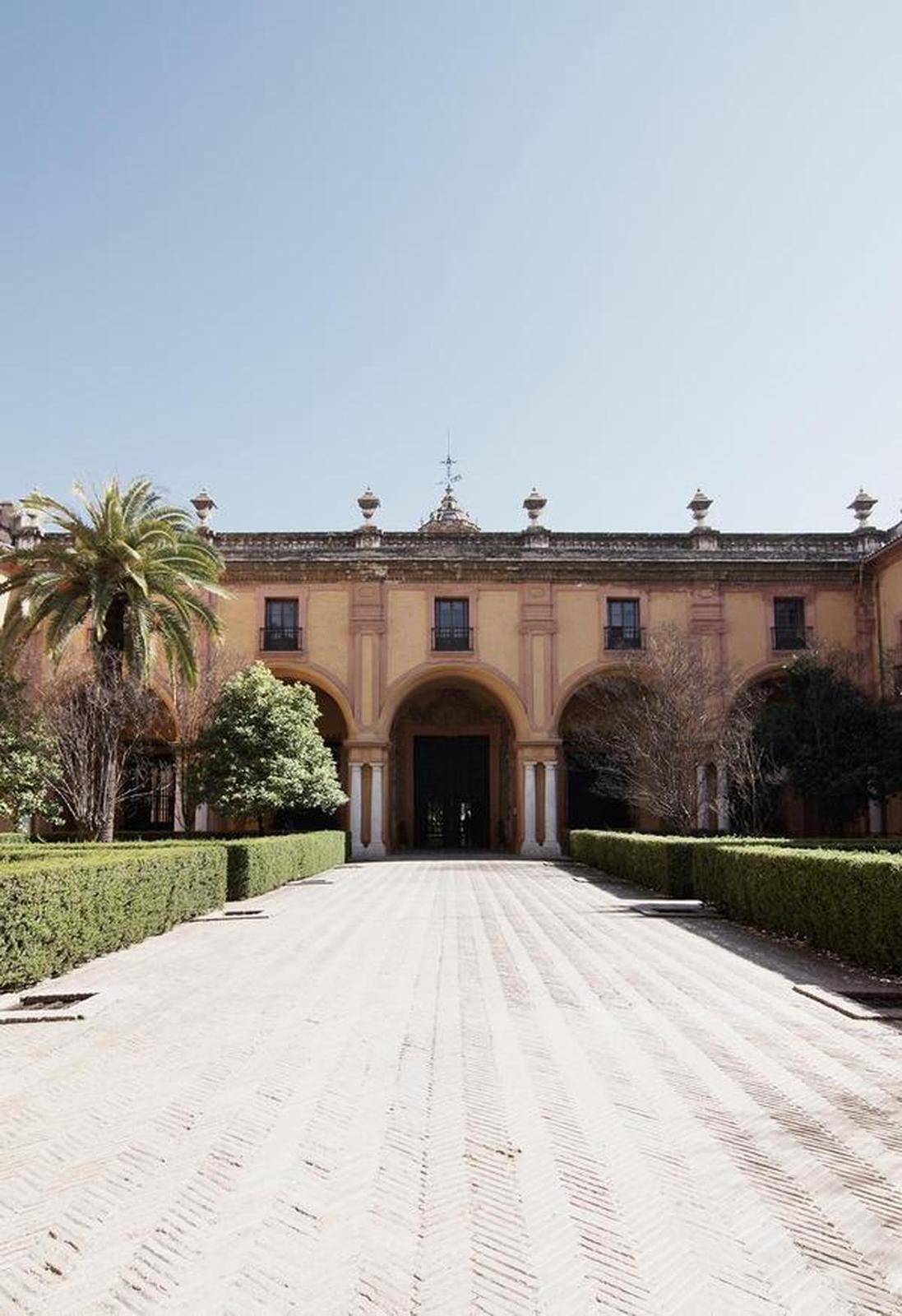 Courtyard of the Cruise

The cross shaped Patio had to be, given its large dimensions, one of the main spaces of the Almohad Alcázar. In that period the patio was several meters below the level of the palace. This generated two very different spatial realities: a lower garden with a pool in which the vegetation of trees should provide fresh, and a patio with porticos, on two sides, from which to enjoy the vegetal tapestry formed by the cups of the Trees. The idea of a space at two heights, one more shade to which descend and in which to be able to rest in the summer months, and another more exposed to walk in winter, had its continuity somehow when the adjacent Gothic Palace in the time of Alfonso X was built. In this reform of the Alcázar the patio was respected, but its accesses were inadequate both from the protocol point of view and capacity for the new courteous necessities, since the king had to have ample spaces to receive nobles and vassals. To solve this problem, a large platform was built in height, at the level of the halls, supported by a portico of ribbed vaults and covering the central pool. Surely as an earlier reflection of the Almohad organization, another transverse platform was lifted that ended up dividing the garden into four landscaped courtyards. The walker of the platforms was thus at the height of the treetops, so that the fruits were presented within reach of his hand. The result was an Almohad cruise garden, such as the one of the Montería or the Contratación, combined with Gothic architecture, a very original space, nowadays lost. It seems that the idea of enjoyment of the garden had begun to settle among the Christian monarchs from the north of Castile. At that time, two trees of paradise (Melia azederach) grew in this patio that would provide even more shade to the garden. They were cut down by the Renaissance works of the palace around 1575. They must have been very large by that time, since scaffolding was erected to facilitate the logging and the removal of the wood. Thus, some specimens of Melia, possibly originating from the Middle Ages that saw the Gothic Palace being built, were lost.