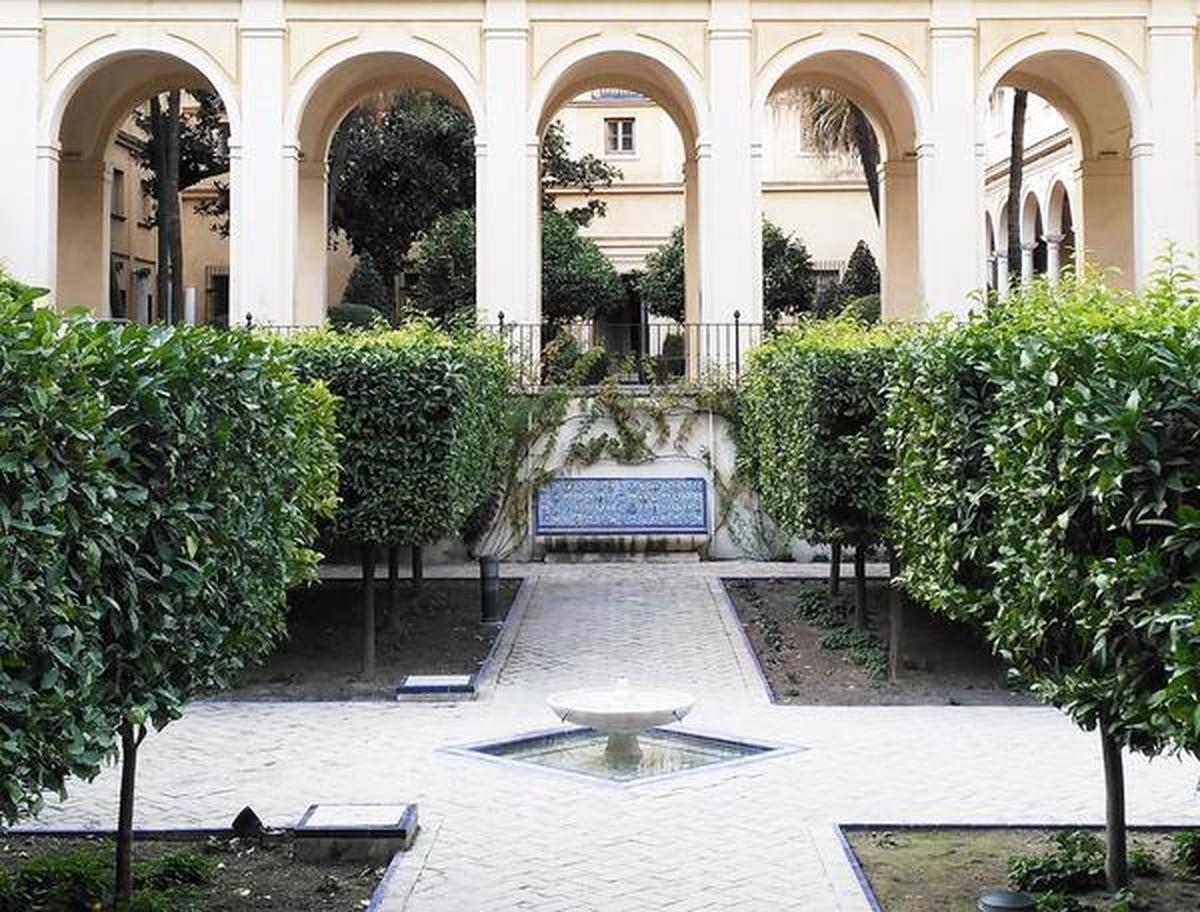 Garden of the Flowers

The adaptation of this space as a garden is due to the program initiated by Philip II to transform the old pens and gardens - in this place was until then a "pigsty" - in a succession of classic gardens imprisoned between its walls, articulated Around two ponds: one superior, the Pond of Mercury, and another lower, which is this Garden of Flowers, decorated today with remains of tiles from the sixteenth century. Between the two ponds there is a system of landscaped spaces that were graciously described by Cosme de Medici during his visit in the 17th century as small and reduced gardens. Despite its classic appearance, with elements such as the niche that houses the bust of Emperor Charles V, the place retains the Muslim influence in the layout of the garden in four sectors or in the very presence of citrus: 174 orange and lemon trees had to be planted in the sixteenth century to set the garden. The bitter orange trees regularly pruned that today inhabit the flower beds, form a vegetal vault that allows the growth of more ephemeral crops like the eye-catching flowers of the Mexican marigold. The flowers were admired by the king who commissioned most of the Renaissance works of the Alcázar, the monarch of the House of Austria Felipe II: nevertheless, was known "the anthophilous king", the lover of flowers. It is no coincidence that under the protection of this king the first treatise in Spanish on ornamental flora was developed in 1592, the Agriculture of Gardens by Gregorio de los Ríos. Possibly, it is also the first in all of Europe on the design of gardens.