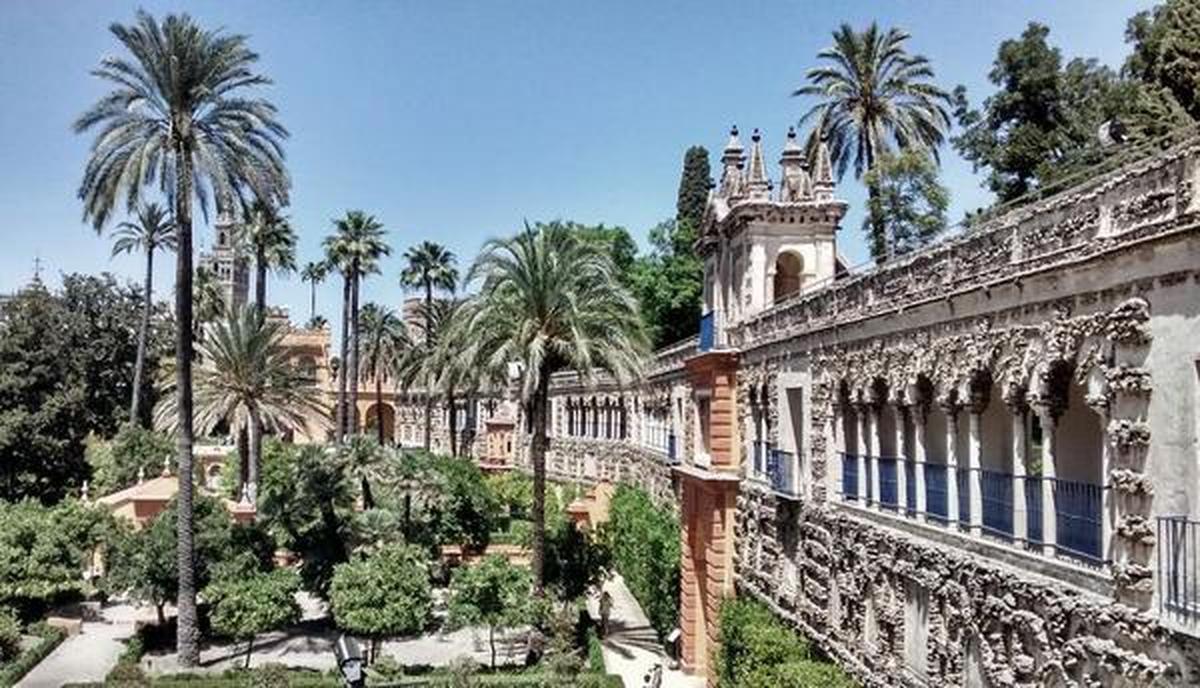 The Garden of the Ladies is an intervention made in the 16th century on an old Arab garden adjoining the palace. It was originally characterized by the arrangement of myrtle and boxwood hedges forming figures like in a broderie, which fostered the pictorial nature of this space as seen from the highest gardens of the Mercury pond or from the galleria de Grutesco. Over time the flat setting of the garden was lost, enriched with trees and larger sized palms from all continents. A palimpsest that blurred its painterly qualities, but added others like shade and volume. There are two unique fountains in this space: A Neptune fountain, made of Genoese marble topped by a bronze of Bartolomé Morell and is situated in the center of the garden; and the fountain of Fame, which adhered to the grotesque gallery and hosts one of the few bodies of Mannerist water still running and brightens every hour our stroll through the gardens.