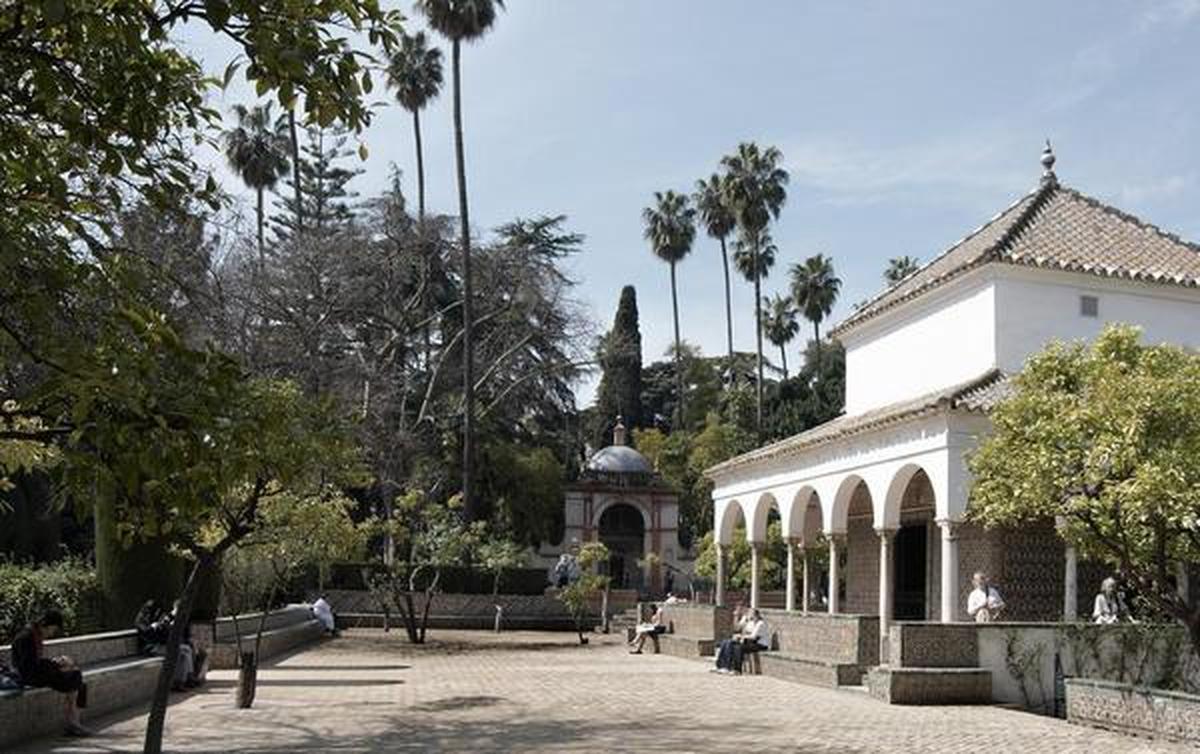 It was transformed by Charles I on the occasion of his marriage to Princess Elizabeth of Portugal, this pavilion was built over an Arab qubba, which original function seems linked to the garden kiosk, oratory or palatial cemetery. Originally located in the middle of an orchard of orange trees, we know by Navaggiero, writer and ambassador of Venice at the wedding of Emperor, that this must be one of the most pleasant and peaceful places in the kingdom. Its design consists of a central structure with wood paneling, and a Renaissance peribolos that surrounds it formed by twenty Corinthian columns of the Genoese workshop of Antonio Maria Aprile Caronna. In their setting a bricked platform on which the oldest bitter orange are, and where is celebrated in the summer evenings, the music festival Nights in the Gardens of the Alcazar. Enjoy it!